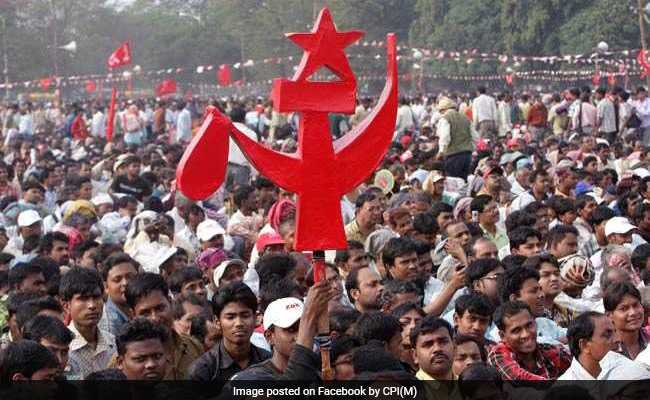 The Left party said “worst display of authoritarianism” is being witnessed in Rajya Sabha. File

The CPI(M) today said efforts of neither the Trinamool Congress nor the Congress to lead a united opposition against the BJP will succeed.

In the latest edition of its mouthpiece People’s Democracy, the party has said that the success of the farmers’ struggle has shown what a united and sustained struggle can achieve.

Raising the issue of suspension of 12 MPs, the party alleged that the adoption of a resolution suspending them over their misbehaviour during the last session “was a premeditated provocation to get the opposition to react and create a situation whereby the government could get all its bills passed without opposition”.

The Left party said that the alleged incident of “unruly behaviour” of the MPs was occasioned by the fact that the bill to privatise general insurance was pushed through without taking up a motion to refer it to a select committee and also the denial of a vote on the matter.

“The opposition parties are unitedly protesting this assault on the rights of MPs and the opposition. This unity in action on issues which come up within Parliament is how a united resistance can be built.

“But outside Parliament, the efforts of Mamata Banerjee and the TMC to exercise leadership of a united opposition is not going to fructify, just as the desire of the Congress to play that leading role came to naught. The farmers’ struggle has shown what a sustained united struggle can achieve. The opposition parties should draw the appropriate lesson,” it said.

The editorial further said that “no omnibus unity” at the all-India level with a “leader” is going to work.

“The broadest unity can be forged through the united actions of different sections of the working people. This should be accompanied by the projection of alternative policies and politics to the Hindutva authoritarian regime, around which all democratic and secular forces can rally around,” it said.

The CPI(M) also hit out at the government, alleging that its attitude is one of “outright contempt for parliament and its democratic functioning”.

It said that contrary to what Prime Minister Narendra Modi had declared, that the government is willing to discuss any issue and reply to any question raised by the opposition, the ruling party refused to allow any discussion on the repeal of the three farm laws and attendant issues.

The Left party said that the “worst display of authoritarianism” is being witnessed in the Rajya Sabha, where the BJP alliance is unsure of getting a majority on all legislation.

“So the approach is to muzzle the opposition – refusal to refer any important legislation to a joint select committee, refusal to have a comprehensive discussion on bills, and most objectionably, not allowing a member’s right to call for division and voting,” it said.

(Except for the headline, this story has not been edited by NDTV staff and is published from a syndicated feed.)

Kanye West Is Back on Twitter, Posts ‘Shalom’ After Anti-Semitism Snafu